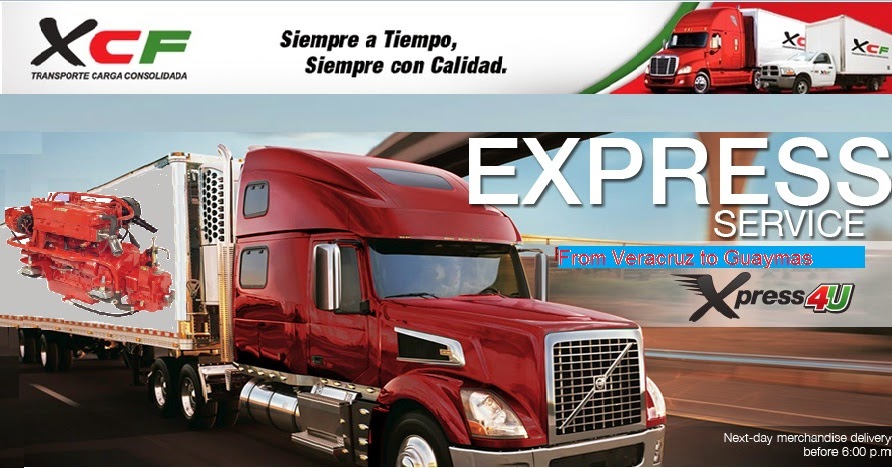 Seven short weeks after arriving in the port city of Veracruz our new Beta engine has been released by customs and is climbing the mountains of Mexico in the care of  XCF Transporte Carga Consolidada.

Yes, she's riding the roads in a big semi tractor trailer and the crew of Traveler is dancing around in glee.

I'm not sure why it took seven weeks, three money transfers, three FedEx document packages, and thirty eight email communications but it did and, fingers crossed, the new engine should be arriving at the yard in Guaymas soon.  We'll wait for our mechanic Omar to let us know it has arrived.

In the meantime, we are doing odd jobs around the farm waiting for the fruit to be at just the right stage for picking.  When that time arrives, we be  working around the clock to get that stuff harvested at its peak of perfection.  This farming life, gotta love it.

Work of many sorts

It's been a busy summer, too busy.

We drove to Seattle and gave Connie's tenant his 30 day notice to vacate, finding the house and yard  in terrible shape.  We will never, absolutely never, rent to college age young men again.   I went to my old boss Brett at Harborview and he found eight weeks of work for me. So I spent the next eight weeks sleeping around Seattle at various friend's places and working Monday thru Friday, taking the bus to and from work.  Let me just note that Seattle's bus system now sucks!  I used to love it.  Now, with the budget cuts, the buses are packed and run late.  Each day I'd be crammed in there nose to cheek with some other poor commuter watching hoards of single occupancy vehicles roaring by.  Come on Seattle, get your transportation priorities straight!

Each Friday night, I took the bus or train down to Olympia to join Connie for the weekend.  She spent July working on the yard and getting ready to take possession of her rental house.  Then in August when the tenants moved out we dove into the most incredible mess and started sorting things out.

Hundreds of pounds of garbage later we could finally start to see the floors and damaged walls.  We took pictures and filed an insurance claim for damages then Connie started scrubbing.  She cleaned for weeks then we started to patch drywall, and paint.  We hired a plumber to re-plumb the leaky water pipes, a roofer to put on a new roof, a carpet guy to replace all the carpet, a gas heater maintenance guy, a gutter installer, and various people to help with the yard and garden.

The Dirt Divas pitched in and helped fight back three years of encroaching blackberries.  The Divas are a gardening assault team who take on impossible organic challenges.  We had lots of help getting the yard cleaned up. Kathy and Michael Lubeliner attacked and eradicated blackberries and let us stay at their lovely house in Mud Bay.  Susan Tuzzolino, Susan Smiley, and Nancy Curtis kicked butt clearing noxious weeds.  Michael Olson even got into the act doing a dump run for us.  Ezrah and Tesla were there to help too.

Meanwhile, I'm working 12 hour days on the weekends trying to keep up with Connie. Then I'd go back to Seattle for the work week and "rest up" while working at Harborview.  Speaking of Harborview, I'd like to thank my co-worker James Nau for pressing the "donate" button on our website here.

As September marched on we got the house almost rentable but couldn't find tenants quickly so we turned it over to a property management company last Friday. We had promised to be in California by the 15th.  We hopped into the Dolphin and with huge sighs of relief headed south. Our first stop was the Farm Boy Restaurant
just south of Olympia where we had a huge breakfast of biscuits, eggs, gravy, and hash browns.  See the happy looks on our faces?

We hot footed it down to Mendocino County and arrived in time to provision in Willits then head up into the hills to the farm where we were scheduled to start work the next day.  The Dolphin made it up the steep hill and we got our old scenic spot there under the Oak trees.  Now we are up to our ears in work, preparing for the big harvest.  It's great to be back and done with all the house remodeling we did in Tumwater.  Here, we just show up in the morning, do our work, then cook a good meal and fall into bed.  Simple.  Nice. Welcome.


I want to thank my friends for putting me up in Seattle for eight weeks.

I was going to review the various places I stayed, pointing out the benefits of each, and establishing a rating so that next year people could focus on how they could advance in the ratings but now that seems kinda silly.  Everyone was so kind and the beds were all comfortable and the showers hot.  A week (which is usually only 5 days cause I went to Olympia each weekend) seems like just the right amount of time to stay in one place.  There is enough time to catch up on things and have some good talks.  After a week when the beer and wine start to run out and the refrigerator gets empty I say thank you and goodbye, leaving only sweet memories and dirty sheets behind.

If you are wondering what's happening with Traveler and the new engine... well, so am I.

Today the engine is still being held by customs in Veracruz.  But we have hopes that eventually we'll get her ransomed and shipped to Guaymas.  In the meantime, all is good.
Posted by Guido Scott at 12:35 PM 2 comments: