Counting Flowers on the Wall

Counting flowers on the wall, that don't bother me at all. Playing Solitaire till dawn, with a deck of fifty-one.   1965 Statler Brothers 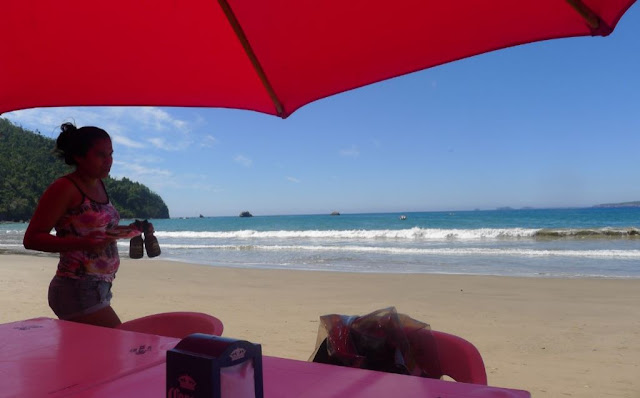 We've got all the time in the world.  Seems like ever since I started this blog I've had a backlog of things to do.  Keeping this boat running has been a full time job.  Until now, that is.  I wake up in the morning, slowly, amble over to the nav station with my cup of tea and take a look at the "to do" list.  Nope, nope, done, waiting on a part, nope, done, decided not to do, not necessary.... end of list.  How can that be?

Many folks think this cruising life is nothing but sitting back in the cockpit with a cold beer in hand, watching the pelicans dive into the blue sea.  That's not true.  I sit in the cockpit with a cool beer in hand watching the cormorants soar, counting the number of boats anchored here in the bay.  Occasionally I'll grab the binoculars to watch an incoming boat lowering their mainsail as they make their approach. Right now the sailing vessel Passing Wind is circling around looking for the right spot to drop their anchor.

Passing Wind came to a complete stop before dropping the hook.  They get an extra point for that.  Then they backed down slowly, letting out more rode.  Another point.  But then the bow fell off and she ended up stern to the wind.  No points deducted.  That happens to me once in a while when there is a stiff wind.  Now that the anchor is set it looks to me like that they didn't let out enough chain.  In addition they are only about 200 feet off our starboard side.  This is too close considering how large this bay is. Now some boaters would just go stand on their deck and assume an "in charge" stance, hands on hips, scowl on face.  Others would yell across the water, "You are tooooo cloooose!"

Not so for Traveler.  Our game plan, since we are going to visit another boat for dinner tonight, is to stop by on the way to visit with Passing Wind.  We will make sure to approach from the windward side.  After the pleasantries are over with, I'll assign them the task of looking out for Traveler in case our two boats decide to get too cozy when the wind drops and the current starts pushing everyone in different directions. 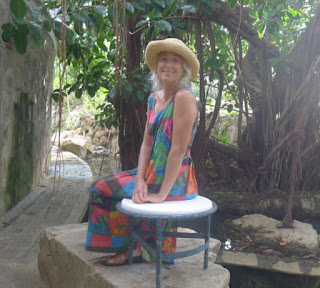 There are 28 boats in the bay here in Tenacatita this afternoon.  We had a brisk wind most of the afternoon but it is calming down now.  Yesterday we took the dinghy into the beach and had a walk followed by some beers at La Vena, the little palapa restaurant.  We met some other boaters and talked about having a dinghy raft up tomorrow, Friday.  We made the announcement on the morning net and will mention it again tomorrow morning.  Then at 5:00 PM Connie and I will take the dinghy over near Good Dog Beach and drop a little anchor tied to a float.  As other dinks come around, I'll take their bow line and tie it to the anchor float. Hopefully we'll get everyone in a circle.  I'll say a few words then get everyone to introduce themselves.  Our new friend Armando is getting a nice little story together so he'll have his own speaking slot.  Then Connie will play everyone a few songs while they pass around the appetizers and the old books they are trying to get rid of.

Since Robert (the Mayor of Tenacatita) and his lovely wife, Virginia, are not here to run the event, we have started arranging the Friday afternoon raft ups.  As I'm not the speaker that Robert is, we just keep it casual and let everyone chat up their neighbors until the bugs start biting.  Then the circle breaks up and everyone putt putts away trying to find their boat.

The river tour up the estuary in Tenacatita has been made easier by locals and cruisers with chainsaws and machetes so now Pangeros can take tourists all the way up the river to the little lagoon.  It's easy  for cruisers to take their little motorized dinghies on the tour.  Come in on the high tide and return on the ebb.

The beers are cold at the palapa restaurants.  In Barra de Navidad the marina pool is wonderful, the local music is good, and the French Baker still makes his morning runs bringing fresh croissants and pastries. Life is pretty easy here.

Traveler will start to migrate north in a week or so.  We'll take it slowly.  Wouldn't want to work up a sweat, don't you know?