Hilo to Maui - Time to move on

Connie and Scott had a wonderful hiatus up at Jean Marie and Eric's place near Honoka'a Town on the windward side of the big island.


We spent the time doing some day trip tours in the rental car and using internet to secure boat parts and crew for the trip back to the mainland. Before we got too spoiled we decided it was time to return to Traveler and see if she had drowned in all the rain of Hilo; 200 inches a year! 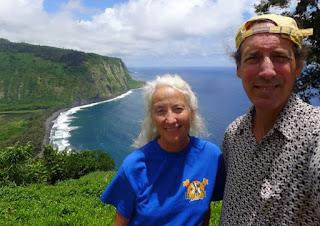 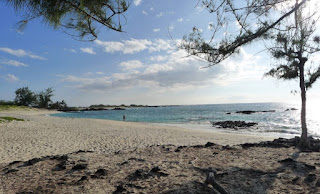 We motored out of Radio Bay on a Sunday afternoon following the green buoys. Halfway up the south Hilo shoreline I switched on the auto pilot. It acted erratic for a while then turned us into a sharp starboard turn. %#@#^ Not again! We plugged in the backup autopilot, a cheap wheel-mounted item, and it failed to respond. Back to Radio Bay, hangdog we went. 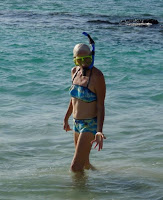 Monday morning I pulled the autopilot head out of the cockpit coaming and an ounce of pure, fresh, Hilo rainwater poured out. It appears that I neglected to caulk it when we remounted it back in Mexico. I called our buddy Chris at Alpha and he suggested using a hair dryer on the circuit board so that's what we did. A few hours later we had the unit dried out. We tested it and all appeared well. I did some troubleshooting on the backup pilot and could not get it to respond. We'll deal with it later. Connie offered to be the back-up auto pilot. By mid afternoon we were on our way again.

We choose to go the northern route around the big island as the winds were not predicted to top 20 knots in the channel and there was a small craft advisory for the entire south east cape. In the late afternoon we passed many waterfalls coming off the steep cliffs of the North Hilo and Hamakua's green coast. Our route took us offshore just shy of the three mile line outside of which there is significant barge traffic. It seemed that we were getting really close to shore at times but the GPS assured us we were almost 3 miles off. We had little or no wind through the night arriving at Upolu Point by 05:00 Tuesday morning. 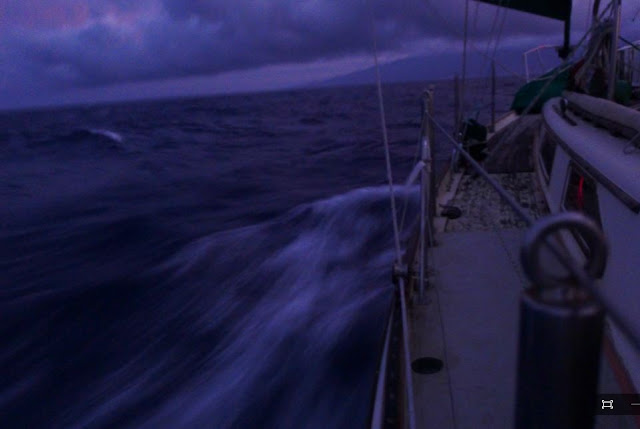 Then we finally caught the trade wind blowing through Alenuihaha Channel. With the wind and waves pushing us from behind we sailed through the early morning with a double reefed main and a scrap of jib. The seas had built to about 8 foot by then. 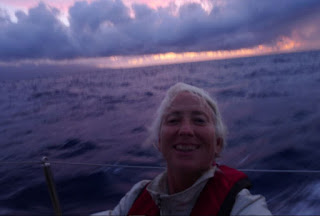 Rounding Cape Hanamanioa on Maui the wind dropped to nothing and we found Makena Bay and our anchorage. The sand was patchy. We tried our best to find a spot. Finally the anchor caught after bouncing for 100 feet over the rock. Exhausted from a mostly sleepless night we fell into deep daytime sleep. 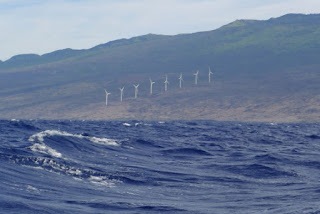 Later we had a nice dinner with wine and a movie at anchor, rewarding ourselves on completing the roughest crossing we'd probably see within the Hawaiian Islands. Wednesday we sailed across to the little crescent shaped island of Molokini. ( Maui, Kaho'olawe, Lanai, Molokai and Molokini used to be one land mass which separated after the last ice age.) There we did some snorkeling in the half crater. We called out to a tour boat skipper for direction and he volunteered one of his crew to dive down to get the leash on one of the submerged mooring balls for us. Connie just tossed him our line and he threaded it through. It's common here in Hawaii for the mooring balls to be underwater. You have to drive around the mooring field slowly and watch for them through the clear water. Once you've located one, somebody has to go over the side and free dive about 8 feet down to grab onto the line. Hold your breath, baby! 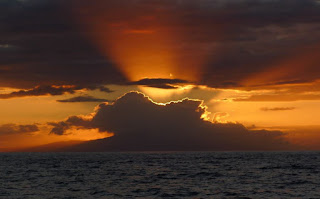 From Molokini we sailed east as the wind built from moderate to breezy to white caps all around. Here we were on the windward side of the island (the less windy side) and we were getting big seas and wind. Go figure. Figure we did as later we realized that Maui has two huge volcano summits with a wide lowland between the two. The strong trade winds were coming across that flat land and whipping up a fury. We fought our way up into Ma'alaea Bay, had a hell of a time furling the genoa, then we anchored off Sugar Beach in 15 knots of wind. With this kind of wind blowing Connie let out 150 foot of chain and we got a very positive bite with the anchor.

Today is Thursday the 30th and we remain at anchor, taking a well deserved rest day. The wind came up early and has been with us all day, peaking at 28.5 knots measured by me on deck just a few minutes ago. Because there is only about a mile of fetch the seas cannot build too much but even in that short of a period we are getting constant three foot slapping waves. Every once in a while one hits us just right and the wind whips the spray into the air and we get water down the hatches. We keep the towel handy and try to keep the accordion and laptop away from the salt spray. It's a little nerve wracking. We've got the GPS anchor alarm on so we'll know if the anchor lets go.

We are spending the day "relaxing", playing music (Connie), straightening up the boat (Connie), and researching our next land fall (Scott). Tomorrow we will move four hours west to the historic anchorage of Lahaina where we will take a yacht club mooring ball for about $18 per day while we wait out the big blow coming down from the northeast. We will leave early in the morning, hopefully with light winds. 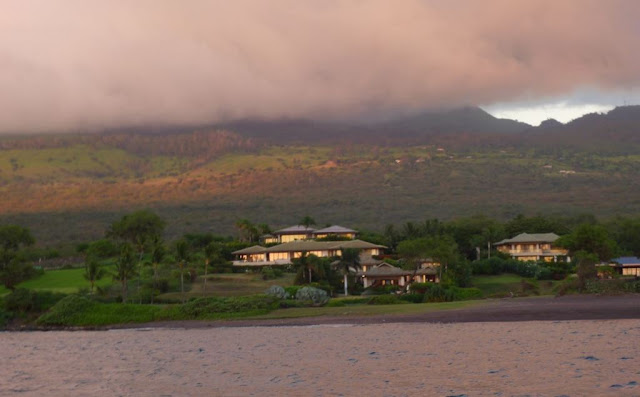 This just in: I spoke to a local tour boat captain on channel 16 and he assured us that these winds were typical and would build, that our best bet was to up-anchor at dawn and scoot across, beam reaching to duck behind McGregor Point where the towering shoulder of the Puu Kukui volcano would block the wind. From there, the winds would be much lighter and we'd have gentlemen's sailing from there to Lahaina.

Thus far what we've seen of the cruising scene in Hawaii is that there isn't any, at least perhaps this time of the year. We've not seen another cruising sail or power boat since Radio Bay. That's not to say we have not seen boats. We've seen big tourist boats, fat catamarans full of snorkelers, big zodiacs full of wishful whale watchers, and best of all, the traditional outrigger canoes. These colorful canoes, some single, some double hulled, carry people of all shapes, sizes and age, grannies, teens, male, female old and young come out in the mornings and race around the bay, everyone plunging their paddles into the water with gusto, timing it in rhythm lead by vocal commands so as to go all together. 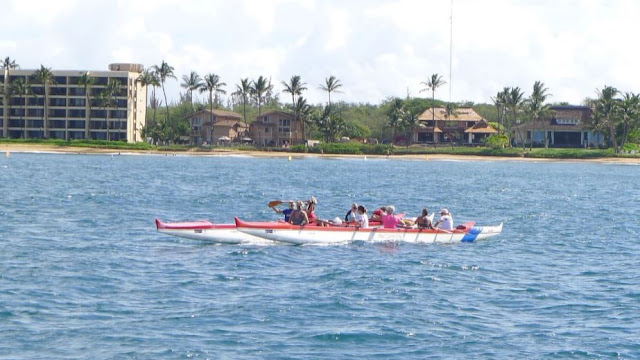 Our view across the whitecaps is thus:

White sand beach with hotels and in between small parks with colorful outrigger canoes pulled up on land. Green belt along the shoreline with car traffic and some homes and businesses. Up hill from the coast is a dry yellow belt of uninhabited land, no trees. Up higher in elevation, farm land and communities taking advantage of the cooler and wetter conditions. Higher still, a volcano rises up wreathed in cloud, dominating the skyline.

After drowning in rain in Hilo we're drowning in wind in Maui. It's all good, though. This is a truly magnificent place; a land of extremes.